The price of the innovative Crossover SUV is from £53,105 OTR with part-funding from the HyFive project. HyFive is a European project that aims to deploy 110 fuel cell electric vehicles (FCEVs) from the five global automotive companies that make up the HyFive consortium, which includes Hyundai. The project will also see another three hydrogen refuelling stations deployed in the London area, which will provide a total of five publically accessible refuelling stations in London by the end of 2015.

The Hyundai ix35 is the world’s first mass produced fuel cell electric vehicle and has been sold through central Hyundai channels to selected trial partners since 2013. Already on the road in 15 countries around the world, including 11 in Europe, the ix35 demonstrates the brand’s technical expertise and commitment to ultra-low emission motoring. The ix35 Fuel Cell is equipped with a 100kW (136ps) electric motor, allowing it to reach a maximum speed of 100mph (160km/h).

Two hydrogen storage tanks, with a total capacity of 5.64kg, enable the vehicle to travel a total of up to 369 miles (594km) on a single fill, and it can reliably start in temperatures as low as minus 25 degrees Celsius. The energy is stored in a 24KW lithium-ion polymer battery, jointly developed with LG Chemical. These impressive figures are the result of years of development by Hyundai’s research and development teams in Korea and around the world.

The latest Hyundai ix35 Fuel Cell is the fourth-generation fuel cell-powered electric vehicle from Hyundai. This generation delivers significant improvements over its predecessor, including a driving range that has been extended by more than 50% while still producing zero tailpipe emissions, and fuel efficiency gains of more than 15%. The ix35 Fuel Cell is available for immediate order directly from Hyundai Motor UK. 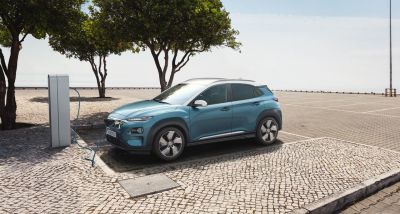 In a recent test at Lausitzring race track in Germany, all Hyundai Kona Electric… 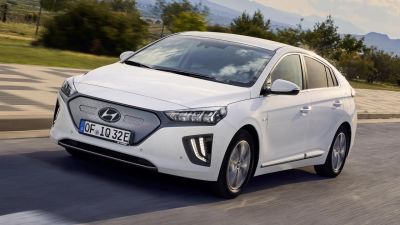 Please ensure any fields marked in red are filled in correctly